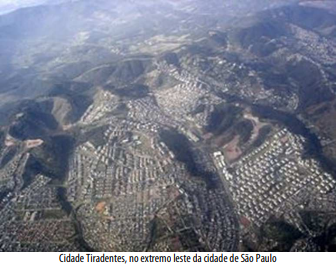 Indigenous people in Brazil seek out cities, end up in slums

RIO DE JANEIRO — The dancers shake seed-filled maracas and raise their voices in song, conjuring an ancient spirit that vibrates above the traffic roaring from a nearby expressway and the beat of funk music blasting from a neighbor's loudspeaker.

In this Brazilian favela, the indigenous people are struggling to keep some of their traditions alive that, besides providing a sense of community, helps them endure the discrimination they face in the city. Forced out of their native lands by deforestation, miners and farmers, nearly one in four Brazilian Indians nowadays live in urban areas and an estimated 22,000 of them now call the crowded favelas their home.

Life in the slums, despite its difficulties, has its advantages. “The slums are the one place in the city where you have the kind of solidarity we Indians have in the villages." said a Pataxó woman who lives in Rio de Janeiro's Maré Complex.