How a Canadian Chain Is Reinventing Book Selling

About a decade ago, Heather Reisman, the chief executive of Canada’s largest bookstore chain, was having tea with the novelist Margaret Atwood when Ms. Atwood inadvertently gave her an idea for a new product. Ms. Atwood announced that she planned to go home, put on a pair of cozy socks and curl up with a book. Ms. Reisman thought about how appealing that sounded. Not long after, her company, Indigo, developed its own brand of plush “reading socks.” They quickly became one of Indigo’s signature gift items.

“Last year, all my friends got reading socks,” said Arianna Huffington, the HuffPost cofounder and a friend of Ms. Reisman’s, who also gave the socks as gifts to employees at her organization Thrive. “Most people don’t have reading socks — not like Heather’s reading socks.”

It may seem strange for a bookstore chain to be developing and selling artisanal soup bowls and organic cotton baby onesies. But Indigo’s approach seems not only novel but crucial to its success and longevity. The superstore concept, with hulking retail spaces stocking 100,000 titles, has become increasingly hard to sustain in the era of online retail, when it’s impossible to match Amazon’s vast selection.

Indigo is experimenting with a new model, positioning itself as a “cultural department store” where customers who wander in to browse through books often end up lingering as they impulsively shop for cashmere slippers and crystal facial rollers, or a knife set to go with a new Paleo cookbook. Over the past few years, Ms. Reisman has reinvented Indigo as a Goop-like, curated lifestyle brand, with sections devoted to food, health and wellness, and home décor.

Ms. Reisman is now importing Indigo’s approach to the United States. Last year, Indigo opened its first American outpost, at a luxury mall in Millburn, N.J., and she eventually plans to open a cluster of Indigos in the Northeast. Indigo’s ascendance is all the more notable given the challenges that big bookstore chains have faced in the United States. Borders, which once had more than 650 locations, filed for bankruptcy in 2011. Barnes & Noble now operates 627 stores, down from 720 in 2010, and the company put itself up for sale last year. Lately, it has been opening smaller stores, including an 8,300-square-foot outlet in Fairfax County, Va.

“Cross-merchandising is Retail 101, and it’s hard to do in a typical bookstore,” said Peter Hildick-Smith, president of the Codex Group, which analyzes the book industry. “Indigo found a way to create an extra aura around the bookbuying experience, by creating a physical extension of what you’re reading about.”

The atmosphere is unabashedly intimate, cozy and feminine — an aesthetic choice that also makes commercial sense, given that women account for some 60 percent of book buyers. A section called “The Joy of the Table” stocks Indigobrand ceramics, glassware and acacia wood serving platters with the cookbooks. The home décor section has pillows and throws, woven baskets, vases and scented candles. There’s a subsection called “In Her Words,” which features idea-driven books and memoirs by women. An area labeled “A Room of Her Own” looks like a lush dressing room, with vegan leather purses, soft gray shawls, a velvet chair, scarves and journals alongside art, design and fashion books.

Books still account for just over 50 percent of Indigo’s sales and remain the central draw; the New Jersey store stocks around 55,000 titles. But they also serve another purpose: providing a window into consumers’ interests, hobbies, desires and anxieties, which makes it easier to develop and sell related products.

Publishing executives, who have watched with growing alarm as Barnes & Noble has struggled, have responded enthusiastically to Ms. Reisman’s strategy. “Heather pioneered and perfected the art of integrating books and nonbook products,” Markus Dohle, the chief executive of Penguin Random House, said in an email.

Ms. Reisman has made herself and her own tastes and interests central to the brand. The front of the New Jersey store features a section labeled “Heather’s Picks,” with a display table covered with dozens of titles. A sign identifies her as the chain’s “founder, C.E.O., Chief Booklover and the Heather in Heather’s Picks.” She appears regularly at author signings and store events, and has interviewed prominent authors like Malcolm Gladwell, James Comey, Sally Field, Bill Clinton and Nora Ephron.

When Ms. Reisman opened the first Indigo store in Burlington, Ontario, in 1997, she had already run her own consulting firm and later served as president of a soft drink and beverage company, Cott. Still, bookselling is an idiosyncratic industry, and many questioned whether Indigo could compete with Canada’s biggest bookseller, Chapters. Skepticism dissolved a few years later when Indigo merged with Chapters, inheriting its fleet of national stores. The company now has more than 200 outlets across Canada, including 89 “superstores.” Indigo opened its first revamped concept store in 2016.

The new approach has proved lucrative: In its 2017 fiscal year, the company’s revenue exceeded $1 billion Canadian for the first time. In its 2018 fiscal year, Indigo reported a revenue increase of nearly $60 million Canadian over the previous year, making it the most profitable year in the chain’s history.

The company’s dominance in Canada doesn’t guarantee it will thrive in the United States, where it has to compete not only with Amazon and Barnes & Noble, but with a resurgent wave of independent booksellers. After years of decline, independent stores have rebounded, with some 2,470 locations, up from 1,651 a decade ago, according to the American Booksellers Association. And Amazon has expanded into the physical retail market, with around 20 bookstores across the United States.

Ms. Reisman acknowledges that the company faces challenges as it expands southward. Still, she’s optimistic, and is already scouting locations for a second store near New York.

According to the text, the response of publishing executives to Ms. Reisman’s strategy of “integrating book and non-book products” has been

Reasons why plastic bags should be banned 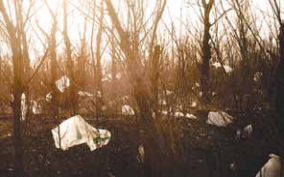 Plastic bags do not only pollute our water but also our land. Plastic bags are usually lightweight and, as such, they can travel very long distances by either water or wind. Wind blows these plastic bags and trashes a whole area. These litters get caught up in between trees, fences and float in water bodies, then moving to the world’s oceans.

A French art expert believes a charcoal drawing kept in a collection for more than 150 years may be a preparatory sketch made by Leonardo da Vinci of the Mona Lisa.
The black-and-white drawing of a woman, nude from the waist up, known as the Monna Vanna, was previously attributed to Leonardo’s studio, suggesting it was done in his style by a pupil or follower, not by the master himself.
But after preliminary tests at the Louvre Museum, experts believe the sketch may well have been drawn by Leonardo.
Among the signs, according to curator Mathieu Deldicque, are the fact the drawing was made during the same period as the
Mona Lisa, the paper is from the same region of Italy, and the technique is very similar to that of the Mona Lisa.
“We know the drawing was made during the lifetime of Leonardo da Vinci, we know that the paper was made in Italy, between Venice and Florence, and the third discovery is the high quality of this drawing in the face of the Monna Vanna and in her arms,” Deldicque told reporters.
“That’s very interesting because the arms are the same as the Mona Lisa‘s.” Leonardo, who lived from 1452 to 1519, was an engineer, scientist, inventor and sculptor, as well as one of the finest artists of the Italian Renaissance.
He painted the Mona Lisa, also known as La Gioconda and regarded as the world’s most valuable artwork, at the beginning of the 16th century. It is believed to depict Lisa Gherardini, the wife of a successful merchant.
EXCITING
The charcoal portrait, in which the woman is holding a similar pose to the Mona Lisa but with her body more side-on and her head turned further over her left shoulder, has been held in a collection at the Conde Museum at the Palace of Chantilly, north of Paris, since 1862.
The Mona Lisa and Monna Vanna hold their hands in very similar ways, the right hand across the left and resting on the forearm, the fingers gently extended. Deldicque said that while it was exciting to think the charcoal drawing was created by Leonardo, there were more tests to be done.
“We have one more month of analysis and then a very slow process of history of art with a collection of analysts and advice by specialists,” he said.
It is possible that process will determine that the authorship is the same. But it may also be inconclusive, he said, adding: “Maybe the mystery will remain.”

Programs that limit access to guns have decreased suicides 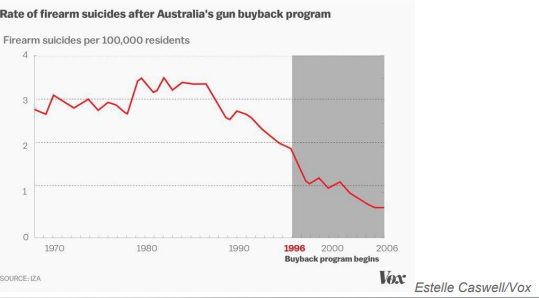 The Australian study found that buying back 3,500 guns per 100,000 people correlated with up to a 50 percent drop in firearm homicides, and a 74 percent drop in gun suicides. As Dylan Matthews noted for Vox, the drop in homicides wasn’t statistically significant. But the drop in suicides most definitely was — and the results are striking.

Australia is far from alone in these types of results. A study from Israeli researchers found that suicides among Israeli soldiers dropped by 40 percent — particularly on weekends — when the military stopped letting soldiers take their guns home over the weekend. This data and research have a clear message: States and countries can significantly reduce the number of suicides by restricting access to guns.

Check the alternative that presents adjectives with the same meaning of STRIKING in the sentence “… and the results are striking.” (second paragraph):

There aren’t plenty more fish in the sea.

The race is on to save sharks and other key marine species – including swordfish, marlin, monkfish and skates/rays – from being wiped out by overfishing. 73,000,000 sharks are slaughtered every year. That’s around 200,000 sharks a day. Or roughly two every second. Unless something changes, sharks could become a thing of the past. We’re not going to let that happen

Sharks have been swimming in the oceans since before dinosaurs walked the earth. They’ve shaped the marine environment and everything in it. Without sharks the oceans could collapse, taking with them their ability to produce 50% of the oxygen we breathe and absorb 20% of the CO2 emissions we produce. With every shark slaughtered we’re strengthening our stranglehold on the planet.

Too many fishing boats, too few fish The International Union for the Conservation of Nature recently reported that 85% of the world’s fish stocks are fully exploited or overexploited. It’s the big fish that will disappear first. That’s why we’re focussing on key species that are most vulnerable to overfishing yet widely available in shops and restaurants.

Join us and help protect our blue planet.

( ) No trecho “Unless something changes, sharks could become a thing of the past”, o termo grifado indica uma condição