The idea that organisms can live longer, healthier lives by sharply reducing their calorie intake is not exactly new. Laboratory research has repeatedly demonstrated the anti- -aging value of calorie restriction, often called CR, in animals from nematodes to rats – with the implication that the same might be true for humans.

In practice though, permanently reducing calorie intake by 25 to 50 percent or more sounds to many like a way to extend life by making it not worth living. Researchers have also warned that what works for nematodes or rats may not work – and could even prove dangerous – in humans, by causing muscle or bone density loss, for example.

But now two new studies appear to move calorie restriction from the realm of wishful thinking to the brink of practical, and perhaps even tolerable, reality. Writing in Nature Communications, researchers at the University of Wisconsin- -Madison and the National Institute on Aging reported last month chronic calorie restriction produces significant health benefits in rhesus monkeys – a primate with humanlike aging patterns – indicating “that CR mechanisms are likely translatable to human health.” The researchers describe one monkey they started on a 30 percent calorie restriction diet when he was 16 years old, late middle age for this type of animal. He is now 43, a longevity record for the species, according to the study, and the equivalent of a human living to 130.

In the second study, published in Science Translational Medicine, a research team led by gerontologist Valter Longo at the University of Southern California (U.S.C.) suggests it is possible to gain anti-aging benefits without signing up for a lifetime of hunger. Instead, a “fasting-mimicking diet,” practiced just five days a month for three months – and repeated at intervals as needed – is “safe, feasible and effective in reducing risk factors for aging and age-related diseases.”

Some researchers, however, still find the calorie-restriction argument unpersuasive. Leslie Robert, a biochemist and physician at the University of Paris who was not involved in the two new studies, says pharmaceutical approaches offer greater anti-aging potential than “inefficient and apparently harmful” diets. The important thing, adds Luigi Fontana, a longevity researcher at the Washington University School of Medicine in Saint Louis who also was not involved in the new work, is “if you’re doing a healthy diet, exercising, everything good, without doing anything extreme, without making life miserable by counting every single calorie.”

A library tradition is being refashioned to emphasize early literacy and better prepare young children for school, and drawing many new fans in the process.

Among parents of the under-5 set, spots for story time have become as coveted as seats for a hot Broadway show like “Hamilton.” Lines stretch down the block at some branches, with tickets given out on a first-come-first-served basis because there is not enough room to accommodate all of the children who show up.

Workers at the 67th Street Library on the Upper East Side of Manhattan turn away at least 10 people from every reading. They have been so overwhelmed by the rush at story time — held in the branch’s largest room, on the third floor — that once the space is full, they close the door and shut down the elevator. “It is so crowded and so popular, it’s insane,” Jacqueline Schector, a librarian, said.

Story time is drawing capacity crowds at public libraries across New York and across the country at a time when, more than ever, educators are emphasizing the importance of early literacy in preparing children for school and for developing critical thinking skills. The demand crosses economic lines, with parents at all income levels vying to get in.

Many libraries have refashioned the traditional readings to include enrichment activities such as counting numbers and naming colors, as well as music and dance. And many parents have made story time a fixture in their family routines alongside school pickups and playground outings — and, for those who employ nannies, a nonnegotiable requirement of the job.

In New York, demand for story time has surged across the city’s three library systems — the New York Public Library, the Brooklyn Public Library, and the Queens Library — and has posed logistical challenges for some branches, particularly those in small or cramped buildings. Citywide, story time attendance rose to 510,367 people in fiscal year 2015, up nearly 28 percent from 399,751 in fiscal 2013.

“The secret’s out,” said Lucy Yates, 44, an opera coach with two sons who goes to story time at the Fort Washington Library every week.

Stroller-pushing parents and nannies begin to line up for story time outside some branches an hour before doors open. To prevent overcrowding, tickets are given out at the New Amsterdam and Webster branches, both in Manhattan, the Parkchester branch in the Bronx, and a half-dozen branches in Brooklyn, including in Park Slope, Kensington and Bay Ridge.

The 67th Street branch keeps adding story times — there are now six a week — and holds sessions outdoors in the summer, when crowds can swell to 200 people.

In Queens, 41 library branches are scheduled to add weekend hours this month, and many will undoubtedly include weekend story times. As Joanne King, a spokeswoman for the library explained, parents have been begging for them and “every story time is full, every time we have one.”

Long a library staple, story time has typically been an informal reading to a small group of boys and girls sitting in a circle. Today’s story times involve carefully planned lessons by specially trained librarians that emphasize education as much as entertainment, and often include suggestions for parents and caregivers about how to reinforce what children have learned, library officials said.

Libraries around the country have expanded story time and other children’s programs in recent years, attracting a new generation of patrons in an age when online offerings sometimes make trips to the book stacks unnecessary. Sari Feldman, president of the American Library Association, said such early-literacy efforts are part of a larger transformation libraries are undergoing to become active learning centers for their communities by offering services like classes in English as a second language, computer skills and career counseling.

Ms. Feldman said the increased demand for story time was a product, in part, of more than a decade of work by the library association and others to encourage libraries to play a larger role in preparing young children for school. In 2004, as part of that effort, the association developed a curriculum, “Every Child Ready to Read,” that she said is now used by thousands of libraries.

The New York Public Library is adding 45 children’s librarians to support story time and other programs, some of which are run in partnership with the city government. It has also designated 20 of its 88 neighborhood branches, including the Fort Washington Library, as “enhanced literary sites.” As such, they will double their story time sessions, to an average of four a week, and distribute 15,000 “family literacy kits” that include a book and a schedule of story times.

“It is clear that reading and being exposed to books early in life are critical factors in student success,” Anthony W. Marx, president of the New York Public Library, said. “The library is playing an increasingly important role in strengthening early literacy in this city, expanding efforts to bring reading to children and their families through quality, free story times, curated literacy programs, after-school programs and more.”

For its part, the Queens Library plans to expand a “Kick Off to Kindergarten” program that attracted more than 180 families for a series of workshops last year. Library officials said that more than three-quarters of the children who enrolled, many of whom spoke a language other than English at home, developed measurable classroom skills.

The sentence “Among parents of the under-5 set, spots for story time have become as coveted as seats for a hot Broadway show like Hamilton.” contains conjunctions that are classified as 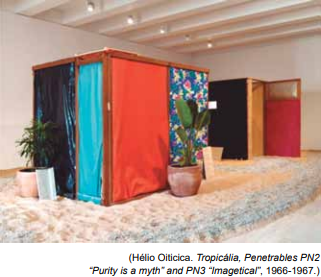 Tropicália is used to describe the explosion of cultural creativity in Rio de Janeiro and São Paulo in 1968 as Brazil’s military regime tightened its grip on power.

Many of the artists, writers and musicians associated with Tropicália came of age during the 1950s in a time of intense optimism when the cultural world had been encouraged to play a central role in the creation of a democratic, socially just and modern Brazil. Nevertheless, a military coup in 1964 had brought to power a right-wing regime at odds with the concerns of left-wing artists. Tropicália became a way of exposing the contradictions of modernisation under such an authoritarian rule.

The word Tropicália comes from an installation by the artist Hélio Oiticica, who created environments that were designed to encourage the viewer’s emotional and intellectual participation. Oiticica called them “penetrables” because people were originally encouraged to enter them. They mimic the improvised, colourful dwellings in Rio de Janeiro’s favelas, or shanty towns. The lush plants and sand help to convey a sense of the tropical character of the city. When Oiticica exhibited the work, he also included live parrots.

From its beginning, Tropicália was seen as a re-articulation of Anthropophagia (“cannibalism”), an artistic ideology promoted by Oswald de Andrade.

Which of the options completes the excerpt below correctly?

Most of us tend to think of dehydration as a short term problem solved by a glass of water, but board-certified  dermatologist Dr. Janet  Prystowsky encourages viewing skin dehydration as a long-term problem, as consistently failing to get your skin the water it needs can have lasting results.

In the excerpt from the second paragraph “Yet when the seedlings”, the word “yet” indicates 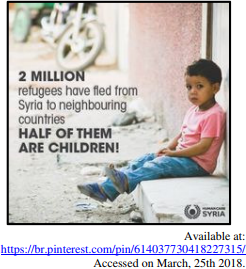 The verb “to flee” can be replaced by: