Mark the sentence that is correct.

By Kristin A. Hook

[1]    Most sexual organisms — be they bacteria, fungi, plants, or animals — have only two mating types: females and males. Females are defined by their
ability to produce eggs, males by their ability to produce sperm. In distinguishing between those two types of gametes, size matters most. The union of a
sperm, the small gamete, with an egg, the large gamete, characterizes sexual reproduction. But how did these two gamete types come to be?
[2]    One theory suggests that before females or males existed, all gametes were the same type and size. What size? A larger gamete offers more nutrition
to a developing offspring [prole], assuring a higher chance of survival. Natural selection would thus favor all gametes to be large. But this is not what
happened.
[3]    Efficiency also pays off in the gamete world. Large gametes are less efficient at finding a mate precisely because their size obliges them to be fewer in
number. On the other hand, the smaller gametes invest their resources into being more abundant. Occurring in greater numbers means they are much
more likely to encounter their target.
[4]    Clearly, there are advantages for both large and small gametes. To reconcile how we ended up with both types, let’s imagine the potential pairings of
these different gamete types from the perspective of natural selection. In a remarkable achievement, suppose two large gametes find one another. Sure,
the fusion of their genetic material will result in a mighty super-survivor offspring because of their investments being large, equal, and nutritious.
Unfortunately for them, however, their big investments will come at the expense of being rare, so these unions will result in fewer offspring. Likewise,
though the union of two small gametes would be more probable given their abundance, neither gamete can provide sufficient nutrition for the offspring
to survive. Consequently, neither of these unions between like gametes would be favored over time.
[5]    Because of this disparity in size, sexual evolution also involves a story of parasitism. Here’s how it works: by favoring both egg and sperm, natural
selection ensured unequal contributions from the gametes to the offspring. While large gametes evolved for nourishment of the offspring, small gametes
became lazy, so to speak, since they didn’t have to provide any of the nourishment for the offspring. Just like a parasite, a sperm cell will exploit the resources
of an egg.

With respect to the hypothetical union of two small gametes (as presented in paragraph 4), which of the following is not mentioned”? 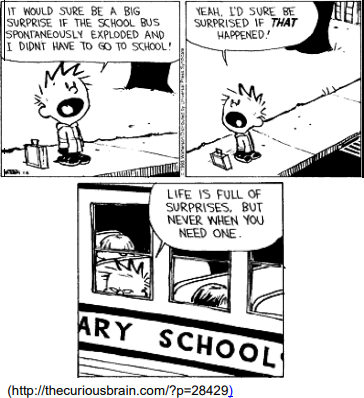 The conditional statement used in the stretches “It would sure be a big surprise if the school bus spontaneously exploded and I didn’t have to go to school” and “I’d sure be surprised if that happened” is:

“If I wanted to do something, I wouldn’t be hanging around with you” is a conditional sentence that indicates:

E-readers pose no threat to books — quite the opposite, they may just re-kindle a generation’s love for the written word

The other day I was on a train, reading a book. The young woman seated next to me was also reading a book. We were both enjoying classics of English literature — hers was a Charlotte Brontë novel. The only difference was that my book was made of paper, and hers of light on the screen of an e-reader.

Books are changing; but are the fundamentals of reading and writing? Seeing a reader gripped by digital Brontë made me aware that electronic books are giving literacy a new dimension. Many people like this new way of enjoying a book, and some may prefer it. Look at it this way: since the 1960s when transistor radios and — by the end of the decade — colour televisions transformed popular culture, every new technological advance has strengthened the appeal of the sort of media that rivals the book. Music and film, TV and video games: all have outshone books in technological glamour. Now, suddenly, here is a technological way to read a book. It’s kind of cool.

I don’t believe this technology will destroy the printed object; real books will never lose their charm. But people who see today’s new ways of reading as a threat are fantasising. Literacy has been under attack for decades, from all directions. Reading suffered its worst assault, perhaps, from television. My grandmother used to read all the time — in fact she was the village librarian — but you wouldn’t find many people in that same village today with the TV off, their heads in books. It is therefore surely arguable that e-readers are not the destroyers but the saviours of the book. A generation may return to the written word because of this technology.

Based on the text above, judge the item.

If it weren’t for the e-books, more people would be reading classic literature nowadays.

Turning Calvin’s sentence from the 2nd strip: “If I don’t have it, she’ll kill me!” into the 2nd Conditional, as if in a hypothetical situation, we would have: