Bizarre tales of people cooking, wandering
outdoors, and even driving around while fast asleep
are part of a phenomenon known as somnambulism,
or sleepwalking. While your natural inclination might
[5] be to wake up someone who is fumbling around in a
daze, it’s commonly thought that this could be
dangerous.
Dr. Mark Mahowald, a sleep specialist at Stanford
University, says that, while it wouldn’t necessarily hurt
[10] to try to wake a sleepwalker, it’s notoriously difficult to
rouse them in this state. Rousing a sleepwalking person,
especially vigorously, might confuse or distress them
temporarily. Disoriented, they may strike out at anyone
close. “Best thing you can do is turn them around and
[15] send them back to bed. It is not likely that a sleepwalker
when woken up suddenly will have a cardiac event. It
is no different from when a person sleeping normally is
suddenly awakened by, say, a loud noise. The important
thing is to protect a sleepwalker from themselves.
[20]    While still somewhat stigmatized, sleepwalking
is incredibly common. Actually, between 1 percent
and 15 percent of the United States population
sleepwalks, and almost all children have had
sleepwalking episodes, according to The National Sleep
[25] Foundation.”Sleepwalking is part of the human
condition,” Mahowald said. “It is absolutely not
associated with psychiatric disorders.”
People who sleepwalk tend to have no memory
of the episode, Mahowald explained. This is
[30] because the behaviors take place without conscious
awareness — they originate from the brain’s central
pattern generator, where the neural pathways for
learned and heavily practiced movements are stored.
For this reason, you won’t find a sleepwalker playing
[35] the piano if that person has no prior musical training or
speaking a language they don’t already know, he said.

Considering language use in the text, it’s correct to say:

HIGHLAND LIFE
What is life like for people who live in the Highlands of Scotland?

Scotland, famous for its whisky, its wool, its kilts, and many other fine things, covers about a third of the
territory of Great Britain. Britain has a population of about 64 million inhabitants — yet less than ten per cent of them
now live in Scotland, about 5.3 million people. And most of those 5.3 million people live in or near three urban centres,
Glasgow, Edinburgh, and Dundee.
[5]    In the Highlands, which cover most of Scotland, the population is very thin. In many places — if there is
actually a road — you can drive for over 30 kilometres without seeing any human habitation, except perhaps a solitary
"croft", a small farm. Yet here and there, there are small towns; most of them are beside the sea. They have their
inhabitants and their economic activities, their children and their teenagers.
This Highlander, in traditional military uniform, is carrying bagpipes, and wearing a kilt. He also has a black
[10] leather sporran.
What is "a Highlander"?
If you ask someone to describe a Highlander to you, he will probably come up with the type of image you see
in whisky advertisements. A man wearing a kilt and a sporran, and standing on a misty mountain near a haunted
castle. The man plays the bagpipes, eats porridge and haggis, and drinks whisky. Now while it is true that whisky is
[15] indeed a favourite drink in the Highlands, the rest of the image is a long way from everyday reality.
Few Highlanders wear the kilt, except on special occasions or for ceremony.
Clans, Kilts & Tartans
You can't talk of the Highlands without talking of clans and kilts and tartans. A "clan" is a sort of tribe — a
group of people who belong to the same extended family, or have the same historic origin. In the past, each part of
[20] the Highlands was the territory of a clan. Clans were closely linked communities, each with its own chief. Clans were
— and still are — distinguished by their tartan. A tartan is a specific design, a criss-cross of couloured threads, which
is used for ceremonial clothes, such as the kilt or the plaid.

No trecho “Britain has a population of about 64 million inhabitants — yet less than ten per cent of them now live in Scotland [g]” (linhas 2-3), a conjunção “yet” pode ser substituída por qual termo, sem que haja mudança de sentido? 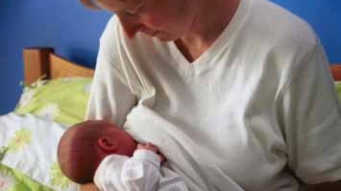 A long-term study has pointed to a link between breastfeeding and intelligence. The research in Brazil traced nearly 3,500 babies, from all walks of life, and found those who had been breastfed for longer went on to score higher on IQ tests as adults. Experts say the results, while not conclusive, appear to back current advice that babies should be exclusively breastfed for six months. But they say mothers should still have a choice about whether or not to do it.

Regarding the findings – published in The Lancet Global Health – they stress there are many different factors other than breastfeeding that could have an impact on intelligence, although the researchers did try to rule out the main confounders, such as mother’s education, family income and birth weight.

Dr Bernardo Lessa Horta, from the Federal University of Pelotas in Brazil, said his study offers a unique insight because in the population he studied, breastfeeding was evenly distributed across social class – not something just practised by the rich and educated.

Most of the babies, irrespective of social class, were breastfed – some for less than a month and others for more than a year. Those who were breastfed for longer scored higher on measures of intelligence as adults. They were also more likely to earn a higher wage and to have completed more schooling.

Dr Horta believes breast milk may offer an advantage because it is a good source of long-chain saturated fatty acids which are essential for brain development. But experts say the study findings cannot confirm this and that much more research is needed to explore any possible link between breastfeeding and intelligence.

Kevin Fenton, national director of health and wellbeing, Public Health England (PHE), said there was strong evidence that breastfeeding provides some health benefits for babies - reduced respiratory and gastrointestinal infections in infancy, for example. He said: “PHE’s advice remains that exclusive breastfeeding for around the first six months of life provides health benefits to babies. We recognise, however, that not all mothers choose, or are able, to breastfeed and infant formula is the only alternative to breast milk for babies under 12 months old.” Janet Fyle of the Royal College of Midwives said new mothers needed breastfeeding support.

Dr Colin Michie, chairman of the Royal College of Paediatrics and Child Health’s nutrition committee, said: “There have been many studies on the link between breastfeeding and IQ over the years with many having had their validity challenged. This study however, looks at a number of other factors including education achievement and income at age 30 which, along with the high sample size, makes this study a very powerful one. It is important to note that breastfeeding is one of many factors that can contribute to a child’s outcomes, however this study emphasises the need for continued and enhanced breastfeeding promotion so expectant mothers are aware of the benefits of breastfeeding.”

WASHINGTON — Millions of people living in nearly 600 neighborhoods across the country are breathing concentrations of toxic air pollutants that put them at a much greater risk of contracting cancer, according to new data from the Environmental Protection Agency.

The levels of 80 cancer-causing substances released by automobiles, factories, and other sources in these areas exceed a 100 in 1 million cancer risk. That means that if 1 million people breathed air with similar concentrations over their lifetime, about 100 additional people would be expected to develop cancer because of their exposure to the pollution.

The average cancer risk across the country is 36 in 1 million, according to the National-Scale Air Toxics Assessment, which will be released by the EPA on Wednesday.

Parts of Los Angeles, California and Madison County, Illinois had the highest cancer risks in the nation — 1200 in 1 million and 1100 in 1 million, according to the EPA data. They were followed by two neighborhoods in Allegheny County, Pennsylvania and one in Tuscaloosa County, Alabama.

People living in parts of Coconino County, Arizona and Lyon County, Nevada had the lowest cancer risk from air toxics. The counties with the least toxic air are Kalawao County, Hawaii and Golden Valley County in Montana. "Air toxic risks are local. They are a function of the sources nearest to you," said Dave Guinnup, who leads the groups that perform the risk assessments for toxic air pollutants at EPA. "If you are out in the Rocky Mountains, you are going to be closer to 2 in a million. If you are in an industrial area with a lot of traffic, you are going to be closer to 1100 in 1 million."

The analysis predicts the concentrations of 124 different hazardous air pollutants, which are known to cause cancer, respiratory problems and other health effects by coupling estimates of emissions from a variety of sources with models that attempt to simulate how the pollution will disperse in the air. Only 80 of the chemicals evaluated are known to cause cancer, EPA officials said.

The information is used by federal, state and local agencies to identify areas in need of more monitoring and attention.

The data to be released Wednesday covers pollution released in 2002.

Billy: “After you ________work, will you please drop by the grocery store and pick up some milk and bread.”

Out of Shape at 18, at Risk for Future Diabetes

Being out of shape at age 18 may increase your risk for eventually developing Type 2 diabetes, regardless of your weight and family history, a new study says. The study looked at data from more than 1.5 million Swedish men, using tests of muscle strength and aerobic capacity when they were conscripted for military service at age 18, between 1969 and 1997. Their muscle strength had been measured with handgrip and other tests, and their aerobic capacity calculated as they exercised on a stationary bicycle.

With this data in hand, researchers checked the men’s medical records from 1987 to 2012. They found 34,008 cases of Type 2 diabetes over an average 26 years of follow-up. The study is in the Annals of Internal Medicine. Both low aerobic capacity and low muscle strength at 18 were associated with a higher risk for Type 2 diabetes; poor aerobic capacity was a slightly stronger risk factor. Having both weak muscles and low aerobic capacity more than tripled the risk for future diabetes. The effect was independent of other risk factors — body mass index, family history of diabetes, education and socioeconomic status.

“Early life interventions are really important,” said the lead author, Dr. Casey Crump, a professor of family medicine at the Icahn School of Medicine at Mount Sinai in New York. “Prevention of Type 2 diabetes should begin early in life, and should include both aerobic fitness and muscular strength. This is important regardless of people’s weight.”