Which of the options completes the sentence correctly?

People who are middle-aged and older tend to know more than voung adults           they have been around longer, and score higher on vocabulary tests, crossword puzzles and other measures of so-called crystallized intelligence.

In the world of social media, today‘s youth are often living their lives in full view of an online audience. For those from a different generation, the idea of ‗checking in‘ online or sharing a selfie to let people know where you are and what you‘re up to might seem bizarre. But for young people today, getting ‗likes‘ on photos, posts or comments in the virtual world can bring a powerful sense of accomplishment and community acceptance.

But could this constant search for validation trigger negative thoughts about body image? Might the endless comparison with other people's photos online cause a young person to feel dissatisfied with their own looks? Here‘s how to help your child avoid the pitfalls of body obsession while using social media.

The impact of social media on body image

A study conducted by Florida State University and published by the International Journal of Eating Disorders found that a group of women who were asked to browse Facebook for 20 minutes experienced greater body dissatisfaction than those who spent 20 minutes researching rainforest cats online.

Claire Mysko, an award-winning author and expert on body image, leadership and media literacy, explains: "While social media is not the cause of low self-esteem, it has all the right elements to contribute to it. (…) Social media creates an environment where disordered thoughts and behaviours really thrive".

For young people who have a tendency towards perfectionism, anxiety or disordered eating, the (often digitally enhanced) images of thin girls or women they see online can lead them to equate slimness with happiness. Validation of their own photos from other social media users ("You look great!" "Have you lost weight?") may falsely fulfil their need for acceptance – further distorting their body image.

Mysko warns that, while social media gives young people – especially girls – the feedback and validation they crave, it can also "serve as a catalyst for more insecurity."

I. "(…) Social media creates an environment where disordered thoughts and behaviours really thrive."
II. (…) may falsely fulfil their need for acceptance – further distorting their body image.
III. But could this constant search for validation trigger negative thoughts about body image?
IV. "While social media is not the cause of low self-esteem, it has all the right elements to contribute to it. (…)"
V. It’s important that parents understand and embrace how social media affects young people, because it’s young people’s accepted currency of communication today

Twitter chief executive Jack Dorsey last year made a definitive announcement about the company’s famous 140-character count amid rumors that the firm would substantially relax the limit. “It’s staying, It’s a good constraint for us.”

On Tuesday, the company took it back – for some people, at least.

Twitter is testing a feature to let some users double the amount of characters allowed in a tweet. The 280-character limit will be available to a small group of people on the site. When asked for more information, Twitter said it would be a “single-digit percentage” of its 328 million users – so, millions – who will be “randomly chosen.”

The company declined to comment directly on how it’s choosing those people or why it changed its mind about its 140-character limit. But in a company blog post, product manager Aliza Rosen and senior software engineer Ikuhiro Ihara said the team started looking into the restrictions of the 140-character limit after noticing differences among languages. Some languages – specifically Chinese, Japanese and Korean – allow for greater expression in fewer characters.

The 280-character test will roll out in all languages except for Chinese, Japanese and Korean. It’s true that some languages allow each character to count for more. My own last name, Tsukayama, is nine letters in English; phonetically in Japanese, it’s four letters. If you use Japanese kanji characters, it’s three.

But Twitter users in other languages have found workarounds to bypass the 140-character limit. It’s common to see someone send out a thread, or “Twitterstorm,” by signaling that their thoughts are going to come in several bite-sized chunks. Twitter itself did this when addressing why it hasn’t suspended President Trump from its platform. Dorsey himself has used a common workaround – posting an image of longer text – to get around the character limit, even while extolling the virtues of brevity early last year.

“Although we feel confident about our data and the positive impact this change will have, we want to try it out with a small group of people before we make a decision to launch to everyone,” the blog post said. “We understand since many of you have been tweeting for years, there may be an emotional attachment to 140 characters – we felt it, too. But we tried this, saw the power of what it will do, and fell in love with this new, still brief, constraint.”

In the fragment from the last paragraph “We understand since many of you have been tweeting for years, there may be an emotional attachment to 140 characters”, the term underlined could be replaced, with no change meaning, by

Tiny viruses live in your body: what to know about viromes and what scientists are doing to protect you 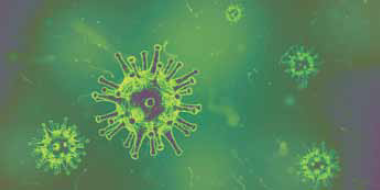 Wildlife biologists have enlisted the help of mice and other creatures as they try to better understand how viruses infect humans and how to protect them. “Most of the emerging infectious diseases that arise come from wildlife reservoir hosts,” researcher Kurt Vandegrift said in a statement from Pennsylvania State University. The university added, “One key to fighting emerging diseases is finding out before they get into humans which pathogens we’re most likely to encounter — the ones that are carried by the wild creatures we’re most likely to touch, share space with, or be bitten by.” In the U.S., that includes mice and deer ticks, for example.

While studying wildlife, the scientists may find viruses that could one day evolve to infect humans. Discovering them ahead of time gives experts a leg up on observing how the viruses work, creating vaccines or taking other measures. Studying animals has another benefit: learning more about their viromes — the collections of viruses in and on them — could lead to more information about the human virome.

Human beings are full of viruses, Penn State says. “Some of your viruses are just visiting and will be gone in a week. Most are permanent tenants. A few may even find their way into your DNA.” That’s not necessarily a bad thing, as the university notes that we owe our placenta and thus our reproductive process to virus genes and evolution. We can also be invaded by a virus but never see an infection, or become barely sick at all while others are debilitated.

“We are rarely, if ever, infected by just one germ at a time,” according to Penn State, “and since pathogens change your immune system, how sick you get from a new pathogen doesn’t depend only on the ones you’re infected with now; it’s a reflection of all the infectious diseases you’ve ever had, and even in what order you had them.” The ongoing research would not be the first time animals have taught scientists a thing or two about viruses. Smallpox is now eradicated but was once a highly contagious and often deadly virus in humans.

No trecho do quarto parágrafo “and since pathogens change your immune system”, o termo em destaque equivale, em português, a

Many ____ the world’s top surfers were ____ Rio de Janeiro ____ a major surfing competition that kicked ____ Tuesday amid persistent worries ____ the city’s polluted waters.

Kelly Slater of the United States and Brazilian star Gabriel Medina were among those competing at the Oi Rio Pro event, which is taking place on Rio’s Barra da Tijuca beach. The Barra neighborhood is one of the main sites for competitions at next year’s Olympics.

The surfing event’s main venue is near the spot where a raw sewage-filled lagoon empties into the Atlantic. The latest water quality report, issued Tuesday by the state environmental authority, said the area was inappropriate for swimming due to the concentration of fecal coliforms.

Rio has poor sewage treatment infrastructure and much of the sewage from the city of 12 million people empties untreated into its lakes, rivers and beach areas. Of the 32 water quality reports issued this year for Rio, only 8 found water in the area appropriate for swimmers.

Biologist and environmental activist Mario Moscatelli has warned that pollution could become particularly problematic during low tides at Barra da Tijuca, when the lagoon’s fetid waters spill out into the ocean.

Winds could potentially push the sewage along the beach, contaminating the competition site, said Moscatelli, who has been flying over the area for years as part of an environmental monitoring project. Recent photos taken by Moscatelli showed a brown stain spreading over much of Barra beach. The event’s organizer, the World Surf League, recently canceled a backup venue on the neighboring beach of São Conrado due to what the organization deemed “pollution issues”.

Water quality has become a hot-button issue ahead of the 2016 Olympics, with state and local authorities repeatedly acknowledging they will not be able to fulfill a longstanding promise to clean up the city’s polluted waterways ahead of the games. Olympic sailing, canoeing, rowing and other aquatic competitions are slated to take place in the polluted waters, prompting worries about athletes’ health and safety.

The start of the competition at the surfing event coincides with Brazilian President Dilma Rousseff’s meetings in Rio with local Olympic organizers as well as members of the Swiss-based International Olympic Committee.

According to the text, why has the organizer decided not to use São Conrado beach as a backup place for the event?

Professor Robert Park of the University of Maryland has launched an attack on the popular image of scientists as shown by movies and television. Scientists, he says, are generally portrayed as forgetful, short-sighted and even crazy.

The professor is right, of course. Though there have been a few serious attempts to treat scientists with respect, the model for most movie scientists remains the screen version of Mary Shelley’s Frankenstein. Brilliant man, of course, but so obsessed with making a monstrous Boris Karloff from spare body parts that he seems quite unconcerned by what his awful creation is likely to get up to.

Frankenstein had even madder movie contemporaries. There was Dr. Moreau, whose speciality was genetics: his laboratory was an island of creatures that were half animal and half human. Or how about Dr. Alexander Thorkel as a role model? In Dr. Cyclops he might be the world’s greatest biologist, but his fondness for shrinking people to the size of chickens does not suggest a candidate for the Nobel Prize. [...]

No trecho – Though there have been a few serious attempts to treat scientists with respect – (2.º parágrafo), a palavra que substitui corretamente though é