How robot carers could be the future for lonely elderly people

The film Robot and Frank imagined a near-future
where robots could do almost everything humans
could. The elderly title character was given a “robot
butler” to help him continue living on his own. The
robot was capable of everything from cooking and
[5] cleaning to socializing and, it turned out, burglary. This
kind of science fiction may turn out to be remarkably
prescient. As growing numbers of elderly people
require care, researchers believe that robots could be
[10] one way to address the overwhelming demand. But
even though robots might be able to provide care and,
in some cases, social interaction, many wonder if they
really are the right solution to this uniquely human
issue.

[15]    Loneliness and social isolation are already
problems for many seniors and are even linked to
cognitive decline and a higher death rate. With the
population of seniors expected to rise, many worry
that experiences of loneliness will increase, especially
[20] if access to care is even more limited.

But despite concerns, early studies already show
that social robots – autonomous robots trained to
interact and communicate with humans – really could
address issues of care and social interaction. The
[25] majority of robotics researchers are largely in favour
of introducing robotic technology on a wider scale
and believe it could reduce loneliness and increase
independence in elderly patients. The Japanese
government even supports introducing robots in
[30] care homes to solve the country’s ageing population
problem. However, many strongly recommend
carefully balancing the care benefits against the
ethical costs.

A class of social robots – mobile robotic
[35] telepresence systems (MRTs) – have already been
shown to generate positive social interactions with
elderly patients. MRTs are essentially video screens
on wheels raised to head height that can be controlled
remotely using a simple smartphone app. They allow
[40] relatives and social workers to “visit” elderly people
more often, even if they live in rural or distant places.
Elderly patients don’t need to operate the device,
leaving them free to interact with their social worker
or family. Communication still happens through a
[45] computer screen, but the robot’s physical presence
mimics face-to-face interaction for elderly people.
Research has shown that people reacted more
positively when talking with someone through an MRT

than through a regular video call or computer avatar –
[50] especially lonely people. However, MRTs still require
a human operator, which limits the amount of social
interaction seniors can have daily.

To tackle this, developers worldwide have
started creating robot companions programmed with
[55] advanced artificial intelligence (AI), which can interact
with people on their own. Some examples include
pet-like companion robots, including Aibo and Paro,
which are made by Japanese developers, and MiRo,
which is manufactured in the UK. Other humanoid
[60] robots, such as the Care-O-bot and Pepper, are able
to provide more complex and comprehensive care.
Though “pet” robots offer limited interaction, they
have proved as effective – or even more so – than
real pets in reducing loneliness for elderly people in
[65] care homes. Robotic dogs introduced in one UK care
home this year were reported to bring happiness and
comfort to residents.

On the other hand, humanoid robots are already
advanced enough to provide much-needed care to
[70] elderly people. These robots can pick things up and
move independently, and have a more natural, human
way of interacting, for example, using arm and hand
gestures. More advanced versions have additional
sensors and devices, including touchscreens. Many
[75] elderly people, finding the touchscreens hard to use,
preferred giving spoken commands to the robot and
reading its response off the screen. But for those with
age-related hearing loss or vision impairment, having
the option to use the touchscreen was indispensable.
[80] Humanoid robots are still being developed, so their
capabilities are still limited. Moreover, studies of
humanoid robots have mainly focused on evaluating
how well the technology functions without really
considering the social impact. There is also a general
[85] assumption that it will naturally reduce loneliness.

Though research into social robots is just
beginning, we do know they can provide some solutions
to the challenges mounted by ageing populations, and
could even help reduce social isolation and loneliness.
[90] At this point, humans are still better in providing care
and social contact to the elderly, but robots might
be able to fill any gaps, especially as technologies
continue to improve. However, before social robots
can be fully integrated into care homes, researchers
[95] and service providers must address public anxiety
and make it clear that robots are designed to assist
social workers, not replace them. As long as humans
remain in full control to prevent any danger, robots
might well be the future of care.

In the fragment “researchers and service providers must address public anxiety and make it clear that robots are designed to assist social workers, not replace them.” (lines 94-97), the verb form must conveys an idea of

The modal verbs underlined in each sentence express: 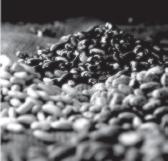 It is said that your body can’t use the protein from
beans unless you eat them with rice. Proteins — which
our bodies need to make everything from new muscle
to hormones — are made up of different combinations
[5] of 20 amino acids. Thing is, our bodies can make only
11 of these amino acids; we must get the other nine
from food. Animal-based protein-rich foods like eggs
and meat provide all nine of these “essential” amino
acids, but nearly all plant foods are low in at least one.
[10]     Experts used to say that to get what your body
needs to make proteins, you needed to pair plant-based
foods with complementary sets of amino acids — like
rice and beans. Now they know that you don’t have to
eat those foods at the same meal. “If you get a variety

[15] of foods throughout the day, they all go into the ‘basket’
of amino acids that are available for the body to use,”
says Winston J. Craig, Ph.D., R.D., nutrition department
chair at Andrews University in Berrien Springs,
Michigan.
www.eatingwell.com/article/16296/the-13-biggets-nutrition-and-foodmyths- busted/. Adaptado.

Considering language use in the text, it’s correct to say:

In the sentence “We mustn’t enter the party. It’s private”, the modal verb in bold type expresses

Directions: Answer question according to the text.

WHAT IS MODERN SLAVERY?

Slavery did not end with abolition in the 19th
century. Slavery continues today and harms people in
every country in the world.
Women forced into prostitution. People forced to
[5] work in agriculture, domestic work and factories.
Children in sweatshops1 producing goods sold globally.
Entire families forced to work for nothing to pay off
generational debts. Girls forced to marry older men.
There are estimated 40.3 million people in modern
[10] slavery around the world, including:
• 10 million children
• 24.9 million people in forced labour
• 15.4 million people in forced marriage
• 4.8 million people in forced sexual exploitation
[15] Someone is in slavery if they are:
• forced to work – through coercion, or mental or
physical threat;
• owned or controlled by an ’employer’, through
mental or physical abuse or the threat of abuse;
[20]     • dehumanised, treated as a commodity or bought
and sold as ‘property’;
• physically constrained or have restrictions placed
on their freedom of movement.
Slavery has been a disgraceful aspect of human
[25] society for most of human history. However, Anti-
Slavery International has refused to accept that this
bloody status quo should be allowed to persist (Aidan
McQuade, former director).
Forms of modern slavery
[30]     Purposes of exploitation2 can range from forced
prostitution and forced labour to forced marriage and
forced organ removal. Here are the most common
forms of modern slavery.
• Forced labour – any work or services which people
[35] are forced to do against their will3 under the threat
of some form of punishment.
• Debt bondage or bonded labour – the world’s most
widespread form of slavery, when people borrow
money they cannot repay and are required to work
[40] to pay off the debt, then losing control over the
conditions of both their employment and the debt.
• Human trafficking– involves transporting, recruiting
or harbouring people for the purpose of exploitation,
using violence, threats or coercion.
[45]    • Descent-based slavery – where people are born
into slavery because their ancestors were captured
and enslaved; they remain in slavery by descent.
• Child slavery – many people often confuse child
slavery with child labour, but it is much worse.
[50] Whilst4 child labour is harmful for children and
hinders5 their education and development, child
slavery occurs when a child is exploited for
someone else’s gain. It can include child trafficking,
child soldiers, child marriage and child domestic
[55] slavery.
• Forced and early marriage – when someone is
married against their will and cannot leave the
marriage. Most child marriages can be considered
slavery.
[60]     Many forms of slavery have more than one element
listed above. For example, human trafficking often
involves advance payment for travel and a job abroad,
using money often borrowed from the traffickers. Then,
the debt contributes to control of the victims. Once they
[65] arrive, victims cannot leave until they pay off their debt.
Many people think that slavery happens only
overseas, in developing countries. In fact, no country is
free from modern slavery, even Britain. The

Government estimates that there are tens of thousands
[70] people in modern slavery in the UK.
Modern slavery can affect people of any age,
gender or race. However, contrary to a common
misconception6 that everyone can be a victim of
slavery, some groups of people are much more
[75] vulnerable to slavery than others.
People who live in poverty7 and have limited
opportunities for decent work are more vulnerable to
accepting deceptive job offers that can turn exploitative.
People who are discriminated against on the basis of
[80] race, caste, or gender are also more likely to be
enslaved. Slavery is also more likely to occur where the
rule of law is weaker and corruption is rife.
Anti-Slavery International believes that we have to
tackle8 the root causes of slavery in order to end
[85] slavery for good. That’s why we published our Anti-
Slavery Charter, listing comprehensive measures that
need to be taken to end slavery across the world.

Glossary:
1. sweatshop – a factory where workers are paid very little and work many hours in very bad conditions
2. exploitation – abuse, manipulation
3. will – wish, desire
4. whilst – while
5. to hinder – obstruct, stop
6. misconception – wrong idea/ impression
7. poverty – the condition of being extremely poor
8. to tackle – attack

In the topic “Forced and early marriage” (line 56), the modal verb can be replaced by ____ without changing the meaning 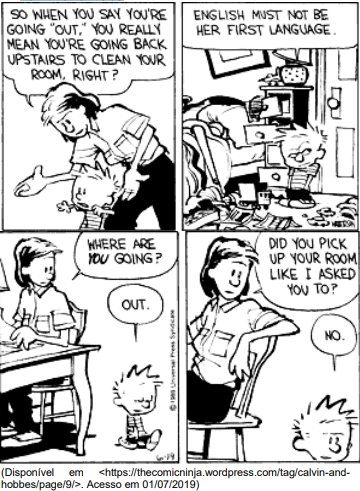 In the stretch “English must not be her first language”, the word “must” is: