“It’s a complicated answer,” said musicologist Lisa Decenteceo, adding that it all starts with what’s called “sound symbolism.” Sound symbolism refers to the study of the relationships between utterances and their meaning. This doesn’t have to do only with music. Marketers, for example, can tune into sound symbolism as part of their strategy in coming up with appealing brand names. In music as well as in branding, Decenteceo explained, there’s something about the appeal of words as sounds, beyond their meaning in a language. While things like culture and personal experiences affect people’s responses to different kinds of music, she explained there are certain musical techniques that are generally used to convey certain moods. One of which is scale. “Songs in a major scale usually have brighter, happier sounds, while minor scales usually have the slightly darker, melancholic feel,” explains Thea Tolentino, a music teacher.

The human brain is wired to respond to sound, she added. In a process called entrainment, the brain “synchronizes our breathing, our movement, even neural activities with the sounds we hear.” This is why fast-paced music is so popular for running, for example, or why some yoga teachers play rhythmic and melodic tracks in their classes. And there are also the things that accompany the words. “Elements of sound and music like pitch, melody, harmony, timbre, and amplitude have an affective, emotional, psychological, cognitive, and even physical impact on listeners. Music adds so much meaning and dimension to texts through a complex of these avenues,” said Decenteceo. What all these things do, she added, is liberate the words. “Song frees the voice from any burden of saying anything meaningful”. It’s important, then, to understand music as a discourse between musical elements. But all in all, Decenteceo said there’s value in whatever immediate appeal people find in the music they listen to, whether or not they understand the words. Music, after all, is the universal language.

The expression “dark doldrums” chills the hearts of renewable-energy engineers, who use it to refer to the lulls when solar panels and wind turbines are thwarted by clouds, night, or still air. On a bright, cloudless day, a solar farm can generate prodigious amounts of electricity. But at night solar cells do little, and in calm air turbines sit useless.

The dark doldrums make it difficult for us to rely totally on renewable energy. Power companies need to plan not just for individual storms or windless nights but for difficulties that can stretch for days. Last year, Europe experienced a weekslong “wind drought,” and in 2006 Hawaii endured six weeks of consecutive rainy days. On a smaller scale, communities that want to go all-renewable need to fill the gaps. The obvious solution is batteries, which power everything from mobile phones to electric vehicles; they are relatively inexpensive to make and getting cheaper. But typical models exhaust their stored energy after only three or four hours of maximum output, and—as every smartphone owner knows—their capacity dwindles with each recharge. Moreover, it is expensive to collect enough batteries to cover longer discharges.

We already have one kind of renewable energy storage: more than ninety per cent of the world’s energy-storage capacity is in reservoirs, as part of a technology called pumped-storage hydropower, used to smooth out sharp increases in electricity demand. Motors pump water uphill from a river or a reservoir to a higher reservoir; when the water is released downhill, it spins a turbine, generating power. A pumped-hydro installation is like a giant, permanent battery, charged when water is pumped uphill and depleted as it flows down. Some countries are expanding their use of pumped hydro, but the right geography is hard to find, permits are difficult to obtain, and construction is slow and expensive. The hunt is on for new approaches to energy storage. 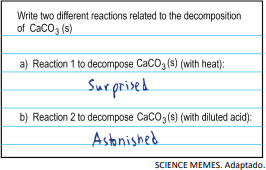 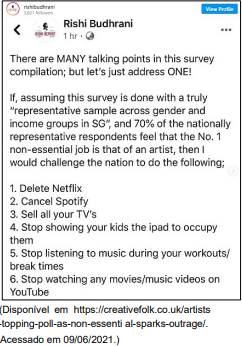 Gaslighting is a form of psychological abuse where a person or group makes someone question their sanity, perception of reality, or memories. People experiencing gaslighting often feel confused, anxious, and unable to trust themselves. The term gaslighting derives from the 1938 play and 1944 film “Gaslight”, in which a husband manipulates his wife into thinking she has a mental illness by dimming their gas-fueled lights and telling her she is hallucinating. While anyone can experience gaslighting, it is especially common in intimate relationships and in social interactions where there is an imbalance of power. A person who is on the receiving end of this behavior is experiencing abuse.

Art which is based on images of mass consumer culture. Pop art was initially regarded as a reaction from abstract expressionism because its exponents brought back figural imagery and made use of impersonal handling. It was seen as a descendant of Dada because it debunked the seriousness of the art world and embraced the use or reproduction of commonplace subjects. Comic books, advertisements, packaging, and images from television and the cinema were all part of the iconography of the movement.