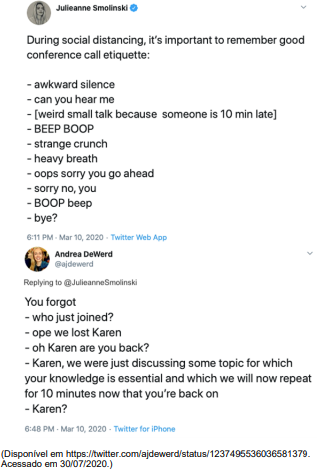 Coffee not only helps you feel full of beans, it might add years to your life as well, two major studies have shown. Scientists in Europe and the US have uncovered the clearest evidence yet that drinking coffee reduces the risk of death.

One study of more than half a million people from 10 European countries found that men who downed at least three cups of coffee a day were 18% less likely to die from any cause than non-coffee drinkers. Women drinking the same amount benefited less, but still experienced an 8% reduction in mortality over the period measured.

Similar results were reported by American scientists who conducted a separate investigation, recruiting 185855 participants from different ethnic backgrounds. Irrespective of ethnicity, people who drank two to three cups of coffee daily had an 18% reduced risk of death.

Each of the studies, both published in the journal Annals of Internal Medicine, showed no advantage from drinking either caffeinated or decaffeinated coffee. Experts believe the antioxidant plant compounds in coffee rather than caffeine are responsible for the life-extending effect. Previous research has suggested that drinking coffee can reduce the risk of heart disease, diabetes, liver disease, and some cancers.

Dr Marc Gunter, from the International Agency for Research on Cancer, who led the European study with colleagues from Imperial College London, said: “We found that higher coffee consumption was associated with a lower risk of death from any cause and specifically for circulatory diseases and digestive diseases. Importantly, these results were similar across all of the 10 European countries, with variable coffee drinking habits and customs. Our study also offers important insights into the possible mechanisms for the beneficial health effects of coffee.”

We drink. We doze. We text. In the US, 30,000 people die from automobile accidents every year. Traffic crashes are the primary cause of death worldwide for people aged 15-24, and during a crash, 40% of drivers never even hit the brakes. We’re flawed organisms, barreling around at high speeds in vessels covered in glass, metal, distraction, and death. This is one of Google’s “moonshots” – to remove human error from a job which, for the past hundred years, has been entirely human.

The car we rode in did not strike me as dangerous. It drove slowly and deliberately, and I got the impression that it’s more likely to annoy other drivers than to harm them.

In the early versions they tested on closed courses, the vehicles were programmed to be highly aggressive. Apparently during these tests, which involved obstacle courses full of traffic cones and inflatable crash-test objects, there were a lot of screeching brakes, roaring engines and terrified interns.

Google’s new fleet was intentionally designed to look adorable. Our brains are hardwired to treat inanimate (or animate) objects with greater care, caution, and reverence when they resemble a living thing. By turning self-driving cars into an adorable Skynet Marshmallow Bumper Bots, Google hopes to spiritually disarm other drivers. I also suspect the cuteness is used to quell some of the road rage that might emerge from being stuck behind one of these things. They’re intended as moderate-distance couriers, not openroad warriors, so their max speed is 25 miles per hour.

The cars use a mixture of 3D laser-mapping, GPS, and radar to analyze and interpret their surroundings, and the latest versions are fully electric with a range of about 100 miles.

Despite the advantages over a human being in certain scenarios, however, these cars still aren’t ready for the real world. They can’t drive in the snow or heavy rain, and there’s a variety of complex situations they do not process well, such as passing through a construction zone. Google is hoping that, eventually, the cars will be able to handle all of this as well (or better) than a human could.

I’m biased. Earlier this year my mom had a stroke. It damaged the visual cortex of her brain, and her vision was impaired to the point that she’ll probably never drive again. This reduced her from a fully-functional, independent human being with a career and a buzzing social life into someone who is homebound, disabled, and powerless.

When discussing self-driving cars, people tend to ask many superficial questions. They ignore that 45% of disabled people in the US still work. They ignore that 95% of a car’s lifetime is spent parked. They ignore how this technology could transform the lives of the elderly, or eradicate the need for parking lots or garages or gas stations. They dismiss the entire concept because they don’t think a computer could ever be as good at merging on the freeway as they are. They ignore the great, big, beautiful picture: that this technology could make our lives so much better.

6 - It wasn’t an exhilarating ride, and that’s a good thing.

Riding in a self-driving car is not the cybernetic thrill ride one might expect. The car drives like a person, and after a few minutes you forget that you’re being driven autonomously. You forget that a robot is differentiating cars from pedestrians from mopeds from raccoons. You forget that millions of photons are being fired from a laser and interpreting, processing, and reacting to the hand signals of a cyclist. You forget that instead of an organic brain, which has had millions of years to evolve the cognitive ability to fumble its way through a four-way stop, you’re being piloted by an artificial one, which was birthed in less than a decade.

The unfortunate part of something this transformative is the inevitable, ardent stupidity which is going to erupt from the general public. Even if in a few years self-driving cars are proven to be ten times safer than human-operated cars, all it’s going to take is one tragic accident and the public is going to lose their minds. There will be outrage. There will be politicizing. There will be hashtags.

I say look at the bigger picture. All the self-driving cars currently on the road learn from one another, and possess 40 years of driving experience. And this technology is still in its infancy.

Based on the reading, mark the correct alternative.

Universities these days are working hard to improve their sustainability credentials, with efforts that include wind power, organic food and competitions to save energy. They are also adding courses related to sustainability and energy. But which university is the greenest?

Several ranking systems have emerged to offer their take. The Princeton Review recently came out with its second annual green ratings. Fifteen colleges earned the highest possible score — including Harvard, Yale and the University of California, Berkeley.

Another group, the Sustainable Endowment Institute’s GreenReportCard.org, rates colleges on several different areas of green compliance, such as recycling, student involvement and green building. Its top grade for overall excellence, an A-, was earned by 15 schools.

Read the text below and answer the following question based on it.

Could a placebo help heal a broken heart?

The placebo effect is an amazing phenomenon. As we have previously reported, placebos can help with everything from losing weight to improving your vision. And, according to this study, they may even help mend a broken heart. Here, researchers recruited participants who had been dumped in the last six months, and gave them a saline nose-spray that they claimed either was “effective in reducing emotional pain” (the placebo group) or a routine part of fMRI (Functional Magnetic Resonance Imaging) imaging (the control group). Next, the researchers conducted fMRI imaging of the subjects’ brains while showing them photos of their ex-boyfriend/girlfriend, and asking the subjects to recall their breakups. The result? Subjects in the placebo nose spray group experienced less social pain when remembering their exes compared with those in the control. Let’s just hope those participants were well compensated!
Adaptado de: http://blogs.discovermagazine.com/seriouslyscience/2017/05/04/c ould-a-placebo-help-heal-a-broken-heart/#.WRNtsdLyvIU Acessado em 7 de maio de 2017.

I’M 16 years old and from Dara’a in Syria. I fled to Jordan with my Family two years ago.

Spending time with Malala Yousafzai made me stronger. I didn’t know her before meeting her in Za’atari camp last year, but I understand she suffered, and yet continues to fight for what she believes in – for rights of children and for their education. She is an inspiration for me.

When it comes to continuing our education as refugees, I am on the front lines with my friends, speaking to other girls throughout the camp on the importance of going to school. My mother and father are always encouraging me. I saw this in Malala too, and her close relationship with her mother and father.

I’ve always loved learning and education, but since I fled with my Family, these views have grown stronger. I have seen too much wrong to not use my voice. Malala has shown that education is crucial for laying a foundation for girls and boys to have secure lives.

I know no matter what I go through today, it will make me a stronger person for tomorrow. Rather than giving up, my friends and I will continue to think positively and try to make our community better. Girls need to learn to take care of themselves, because if they don’t, nobody will. Our lives are completely diferente now – we’ve gone from living in homes to surviving in tents in refugees camps. Education is the only way to regain our spirit and control over our lives.

I was so honored to be in Oslo to watch Malala be awarded the Nobel Peace Prize. To see a Young woman recognized with such an award made me realize that yes, I can make a difference, and I have to continue to fight for what I believe in – that all girls and boys can bring change to our world.