“I think whether we’re talking about gender inequality or racism or queer rights or indigenous rights or animal rights, we’re talking about the fight against injustice. We’re talking about the fight against the belief that one nation, one people, one race, one gender, or one species has the right to dominate, control, and use and exploit another with impunity. I think that we’ve become very disconnected from the natural world, and many of us, what we’re guilty of, is an egocentric worldview: the belief that we’re the center of the universe. We go into the natural world, and we plunder it for its resources. We feel entitled to artificially inseminate a cow, and when she gives birth, we steal her baby even though her cries of anguish are unmistakable. Then we take her milk that’s intended for her calf, and we put it in our coffee and our cereal”. 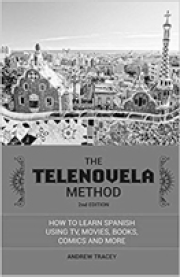 For decades, guns and imprisonment have been the hallmarks of Brazil’s war against the drug trafficking. But the only way to beat the gangs is to stop creating criminals, says a top Brazilian judge

“The war raging in Rocinha, Latin America’s largest favela, has already been lost. Rooted in a dispute between gangs for control of drug trafficking, it has disrupted the daily life of the community in Rio de Janeiro since mid-September. With the sound of shots coming from all sides, schools and shops are constantly forced to close. Recently, a stray bullet killed a Spanish tourist. The war is not the only thing being lost.

For decades, Brazil has had the same drug policy approach. Police, weapons and numerous arrests. It does not take an expert to conclude the obvious: the strategy has failed. Drug trafficking and consumption have only increased. […]

In a case still before the Brazilian supreme court, I voted for decriminalising the possession of marijuana for private consumption. […]

Drugs are an issue that has a profound impact on the criminal justice system, and it is legitimate for the supreme court to participate in the public debate. So here are the reasons for my views.

First, drugs are bad and it is therefore the role of the state and society to discourage consumption, treat dependents and repress trafficking. The rationale behind legalisation is rooted in the belief that it will help in achieving these goals.

Second, the war on drugs has failed. Since the 1970s, under the influence and leadership of the US, the world has tackled this problem with the use of police forces, armies, and armaments. The tragic reality is that 40 years, billions of dollars, hundreds of thousands of prisoners and thousands of deaths later, things are worse. At least in countries like Brazil.

Third, as the American economist Milton Friedman argued, the only result of criminalisation is ensuring the trafficker’s monopoly.

With these points in mind, what would legalisation achieve?

In most countries in North America and Europe, the greatest concern of the authorities is users and the impact drugs have on their lives and on society. These are all important considerations. In Brazil, however, the principal focus must be ending the dominance drug dealers exercise over poor communities. Gangs have become the main political and economic power in thousands of modest neighbourhoods in Brazil. This scenario prevents a family of honest and hard-working people from educating their children away from the influence of criminal factions, who intimidate, co-opt and exercise an unfair advantage over any lawful activity. Crucially, this power of trafficking comes from illegality.

Another benefit of legalisation would be to prevent the mass incarceration of impoverished young people with no criminal record who are arrested for trafficking because they are caught in possession of negligible amounts of marijuana. A third of detainees in Brazil are imprisoned for drug trafficking. Once arrested, young prisoners will have to join one of the factions that control the penitentiaries – and on that day, they become dangerous.

We cannot be certain that a progressive and cautious policy of decriminalisation and legalisation will be successful. What we can affirm is that the existing policy of criminalisation has failed. We must take chances; otherwise, we risk simply accepting a terrible situation. As the Brazilian navigator Amyr Klink said: “The worst shipwreck is not setting off at all.”

Considering the excerpt “[...] it has disrupted the daily life of the community […]”, and the context it was taken from, mark the correct option regarding the pronoun “it”.

In this quote, Dr. Mehmet Oz 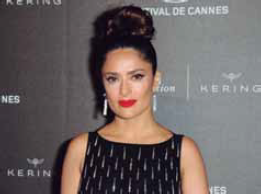 “They don’t see us as a powerful economic force, which is an incredible ignorance.” – Salma Hayek, actor, denouncing sexism in Hollywood at the Cannes Film Festival; until recently, she added, studio heads believed women were interested only in seeing romantic comedies.

O termo “they” refere-se a