Sociology is the study of social life, social change, and the social causes and consequences of human behavior. Sociologists investigate the structure of groups, organizations, and societies, and how people interact within these contexts. Since all human behavior is social, the subject matter of sociology ranges from the intimate family to the hostile mob; from organized crime to religious cults; from the divisions of race, gender and social class to the shared beliefs of a common culture; and from the sociology of work to the sociology of sports. In fact, few fields have such broad scope and relevance for research, theory, and application of knowledge.

Sociology provides many distinctive perspectives on the world, generating new ideas and critiquing the old. The field also offers a range of research techniques that can be applied to virtually any aspect of social life: street crime and delinquency, corporate downsizing, how people express emotions, welfare or education reform, how families differ and flourish, or problems of peace and war. Because sociology addresses the most challenging issues of our time, it is a rapidly expanding field whose potential is increasingly tapped by those who craft policies and create programs. Sociologists understand social inequality, patterns of behavior, forces for social change and resistance, and how social systems work. As the following pages convey, sociology is an exciting discipline with expanding opportunities for a wide range of career paths.

2. New York City residency is required within 90 days of appointment.

3. Must be able to understand and be understood in English.

4. Must pass a drug screening.

I operate the telephone helpline on the graveyard shift-that’s the one from midnight through to the morning. Although it’s quiet and still in the streets outside, it’s not so quiet in the office. The early hours of the morning are sometimes the busiest time, when the telephone never stops ringing.

People call the helpline for information or advice, or sometimes they just need to hear a friendly voice. We talk to people who are depressed and worried, and sometimes in pain. Sometimes we get some funny enquiries – yesterday, a teenager phoned because he had swallowed some chewing gum and he was afraid he was going to die!

We can’t see our patients, so we have to be very good on the phone. We have to learn how to do it, because it doesn’t come naturally. We have to know how to ask the right questions so that we get clear and accurate answers, and we have to be able to speak in language anyone can understand.

I - Sandy works at night.

II - Her shift is a quiet one.

III - Some people phone because they are lonely.

JOBS THAT WILL DISAPPEAR 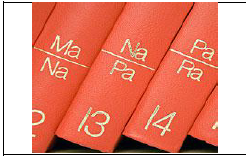 Wikipedia's got your number. This 21st-century encyclopedia is free, online and edited by readers. 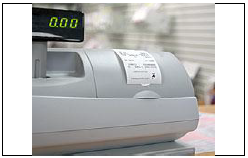 Britannica, watch out. Wikipedia's got your number. This 21st-century encyclopedia is free, online and edited by readers. Handling cash is oh-so-20thcentury. In fact, all jobs dealing with paper money, including bank tellers and toll booth operators, could be obsolete in two decades, as we rely more on credit and digital money. 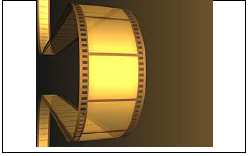 If you want to stick with oldfashioned photography, better build your own darkroom. Your neighborhood photo store will be going digital, or going out of business.

No texto, há previsões a respeito

[1]   In December 2007, the Italian government opened an exhibition in Rome of 69 artifacts that four major U.S. museums had agreed to return to Italy on
the grounds [base legal] that they had been illegally excavated and exported from the country. Leading nearly 200 journalists through the exhibition,
Francesco Rutelli, Italy’s then cultural minister, proclaimed, “The odyssey of these objects, which started with their brutal removal from the bowels
[entranhas] of the earth, didn’t end on the shelf of some American museum. With nostalgia, they have returned. These beautiful pieces have reconquered
their souls.” Rutelli was not just anthropomorphizing ancient artifacts by giving them souls. By insisting that they were the property of Italy and important
to its national identity, he was also giving them citizenship.
[2]   Rutelli has hardly been the only government official to insist that artifacts belong to the places from which they originally came. In 2011, the German
government agreed to return to Turkey a 3,000-year-old sphinx that German archaeologists had excavated from central Anatolia in the early twentieth
century. Afterward, the Turkish minister of culture, Ertugrul Gunay, declared that “each and every antiquity in any part of the world should eventually go
back to its homeland.”
[3]   Such claims on the national identity of antiquities are at the root of many states’ cultural property laws, which in the last few decades have been used
by governments to reclaim objects from museums and other collections abroad. Despite UNESCO’s declaration that “no culture is a hermetically sealed
entity,” governments are increasingly making claims of ownership of cultural property on the basis of self-proclaimed and fixed state-based identities.
Many use ancient cultural objects to affirm continuity with a glorious and powerful past as a way of burnishing [lustrar, polir] their modern political image
– Egypt with the Pharaonic era, Iran with ancient Persia, Italy with the Roman Empire. These arguments amount to protectionist claims on culture. Rather
than acknowledge that culture is in a state of constant flux, modern governments present it as standing still, in order to use cultural objects to promote
their own states’ national identities.
[4]   In the battle over cultural heritage, repatriation claims based strictly on national origin are more than just denials of cultural exchange: they are also
arguments against the promise of encyclopedic museums – a category that includes the Metropolitan Museum of Art, in New York; the British Museum, in
London; and the Louvre, in Paris. By presenting the artifacts of one time and one culture next to those of other times and cultures, encyclopedic museums
encourage curiosity about the world and its many peoples. They also promote a cosmopolitan worldview, as opposed to a nationalist concept of cultural
identity. In an era of globalization that is nonetheless marked by resurgent nationalism and sectarianism, antiquities and their history should not be used
to stoke [fortalecer] such narrow identities. Instead, they should express the guiding principles of the world’s great museums: pluralism, diversity, and the
idea that culture shouldn’t stop at borders – and nor, for that matter, should the cosmopolitan ideals represented by encyclopedic museums. Rather than
acquiesce to frivolous, if stubborn, calls for repatriation, often accompanied by threats of cultural embargoes, encyclopedic museums should encourage
the development of mutually beneficial relationships with museums everywhere in the world that share their cosmopolitan vision. Cultural property should
be recognized for what it is: the legacy of humankind and not of the modern nation-state, subject to the political agenda of its current ruling elite.

With respect to the December 2007 exhibition of 69 artifacts in Rome, the information in the article most supports which of the following?

Nike: A Model of Success?

In the 1990s, Nike came under fire for the rock-bottom wages, abusive conditions and use of child labor at its overseas factories. Sales plummeted as angry customers held protests and boycotts. If Nike wanted to stay in business, it had to make big changes-and it did. Nike took stock of its behavior and today it has a team that monitors conditions in its factories. Inspection reports are made public online. Nike was also one of the first companies to publish the names and adresses of every overseas factory that makes its products.

Nike reassed its way of: