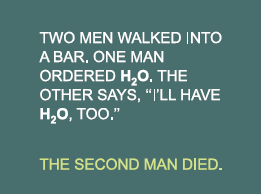 A study by experts based at the Centre for Social Investigation at Nuffield College, University of Oxford, found applicants from minority ethnic backgrounds had to send 80% more applications to get a positive response from an employer than a white person of British origin.

A linked study by the same researchers, comparing their results with similar field experiments dating back to 1969, found discrimination against black Britons and those of south Asian origin – particularly Pakistanis – unchanged over almost 50 years.

The research, part of a larger cross-national project funded by the European Union and shared exclusively with the Guardian before its official launch, prompted concerns that race relations legislation had failed.

It echoes findings published as part of the Guardian’s Bias in Britain series that people from minority ethnic backgrounds face discrimination when seeking a room to rent. In a snapshot survey of online flatshare ads the Guardian found that an applicant called Muhammad was significantly less likely to receive a positive response than an applicant called David.

Prof Anthony Heath, co-author and emeritus fellow of Nuffield College, said: “The absence of any real decline in discrimination against black British and people of Pakistani background is a disturbing finding, which calls into question the effectiveness of previous policies. Ethnic inequality remains a burning injustice and there needs to be a radical rethink about how to tackle it.”

Dr Zubaida Haque, the deputy director of the race equality thinktank Runnymede, described the findings as shocking. They demonstrated that “it’s not just covert racism or unconscious bias that we need to worry about; it’s overt and conscious racism, where applicants are getting shortlisted on the basis of their ethnicity and/or name”, she said.

“It’s clear that race relations legislation is not sufficient to hold employers to account. There are no real consequences for employers of racially discriminating in subtle ways, but for BME* applicants or employees it means higher unemployment, lower wages, poorer conditions and less security in work and life.”

The French Revolution was an important element in the dissemination of European ideals around the world.

This happened two or three years ago in Indonesia on a business trip... and I was invited to the Area Manager’s house for dinner, which was lovely. I met his wife and children. The kids were terribly sweet. Especially his son was only ten years old. He was so cute! Anyway, I patted the boy on his head … and I noticed that everybody looked embarrassed. I knew I’d done something wrong, but I didn’t know what it was. I learnt afterwards that in Indonesia you must never touch someone’s head, because it’s rude. Anyway, my hosts were really nice and I had an enjoyable evening. In fact, I saw them again earlier this year. Their son is a lot taller now and I can’t even touch his head.

Algorithms are everywhere. They play the stockmarket, decide whether you can have a mortgage and may one day drive your car for you. They search the internet when commanded, stick carefully chosen advertisements into the sites you visit and decide what prices to show you in online shops. (…) But what exactly are algorithms, and what makes them so powerful?

An algorithm is, essentially, a brainless way of doing clever things. It is a set of precise steps that need no great mental effort to follow but which, if obeyed exactly and mechanically, will lead to some desirable outcome. Long division and column addition are examples that everyone is familiar with — if you follow the procedure, you are guaranteed to get the right answer. So is the strategy, rediscovered thousands of times every year by schoolchildren bored with learning mathematical algorithms, for playing a perfect game of noughts and crosses. The brainlessness is key: each step should be as simple and as free from ambiguity as possible. Cooking recipes and driving directions are algorithms of a sort. But instructions like “stew the meat until tender” or “it’s a few miles down the road” are too vague to follow without at least some interpretation. 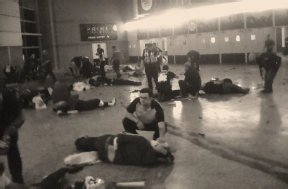