Texto I
THE "13 REASONS WHY" ACTORS HAD THERAPY DOGS TO HELP WITH EMOTIONAL SCENES
By Hannah Orenstein - Apr 17, 2017 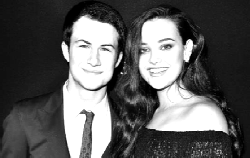 “13 Reasons Why” doesn't shy away from tackling heavy issues like bullying, rape, and suicide. But bringing such dark stories to life can take a toll on actors, which is why the cast had access to cute, cuddly therapy dogs while filming the show.
"They had therapy dogs on set," Dylan Minnette, who played Clay, told PopSugar. "There was a puppy per hour. They really tried to help out. The puppies helped." According to the Alliance of Therapy Dogs, the pups are "on a mission of sharing smiles and joy."
Dylan also acknowledged that Katherine Langford, who played Hannah, had the most intense experience of them all. "She had the brunt of the emotional stuff," he continued. "I mean, we all have very emotional parts, but this is about her character." In the same interview, Katherine acknowledged the intensity of her character's role and explained why it was so important to bring these tough scenes to life.
"We always read a new script at a table read, and once we hit episode nine, there was silence," she said. "That's when we realized what we were doing was important. That's the moment that's kind of ingrained in my head as, 'This is really important.' We cover so many intense issues. I feel like so much of Hannah's life, especially the last five episodes, is so tragic that you just have to put that shock aside and get through it. It's only been after the show and after wrapping that I've gone, wow, we really did handle some really heavy stuff. I'm really proud of how we handle it, because as you said we don't shy away from them."
Fonte: <http://www.seventeen.com/celebrity/movies-tv/news/a46489/the-13-reasons-why-actors-had-therapy-dogs/> Acesso: 22/05/2017. 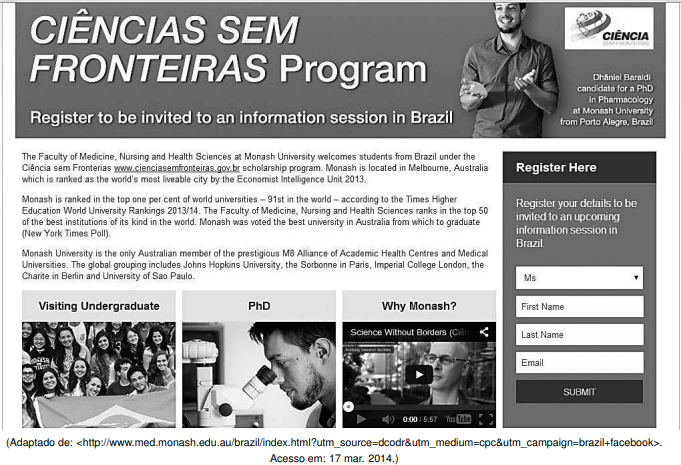 Why We Need Gender Equity Now 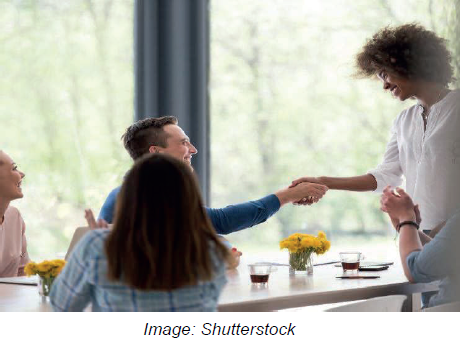 We need gender equity now. Those are words often uttered in social justice circles, and recently, across a number of headlines. What does that mean? More broadly, how is gender equity different than gender equality?

Gender equality "does not mean that women and men will become the same, but that women’s and men’s rights, responsibilities and opportunities will not depend on whether they are born male or female.”

Gender equity means fairness of treatment for women and men, according to their respective needs. This may include equal treatment or treatment that is different, but which is considered equivalent in terms of rights, benefits, obligations, and opportunities.

Why do we need equity?

Many of the measures concerning gender equality interplay with the economy and more specifically, the workforce.

• If there’s only one woman in your candidate pool, there’s statistically no chance she’ll get the job;
• Men are promoted at 30% higher rates than women during their early career stages;
• 90% of women leave the workforce because of other workplace problems (rather than having a child);
• Women are paid 79 cents on the dollar of their male colleagues (that drops drastically to 39 cents for the top 2% of wage earners in the U.S.);
• In a study of 21,980 firms from 91 countries, just over 50% of firms didn’t have any female executives (only 11% of firms had all female executives). (…)

In addition to women attaining 57% of bachelor degrees and above in 2015 (that trajectory is projected to continue), they are also the majority of university students in nearly 100 countries. Women are an educated cohort, particularly in the U.S., but they are not making it up the talent pipeline. Why not? Gender bias is causing a leaky pipeline.

How does equity lead to equality?

If gender equity is about fairness, then what we are talking about here is making up for the gap between gender bias and reality. How can we hack the system to give women an equitable shot?

Overall, gender mainstreaming is a very useful strategy. Why? It overlays the gender lens across any action, policy and more. (…)

WHY OUR ANCESTORS DRILLED HOLES IN EACH OTHER’S SKULLS

Thousands of years ago, people were performing a form of surgery called ‘trepanation’ that involves boring holes through a person’s skull. Anthropological accounts of 20th-Century trepanations in Africa and Polynesia suggest that, in these cases at least, trepanation was performed to treat pain – for instance, the pain caused by skull trauma or neurological disease. Trepanation may also have had a similar purpose in prehistory. Many trepanned skulls show signs of cranial injuries or neurological diseases.

Susan Calvin had been born in the year 1982, they said, which made her seventy five now. Everyone knew that. Appropriately enough, U. S. Robot and Mechanical Men, Inc. was seventy-five also, since it had been in the year of Dr. Calvin’s birth that Lawrence Robertson had first taken out incorporation papers for what eventually became the strangest industrial giant in man’s history. Well, everyone knew that, too. (…)

She went back to her desk and sat down. She didn’t need expression on her face to look sad, somehow.

“How old are you?” she wanted to know.

“Then you don’t remember a world without robots.

There was a time when humanity faced the universe alone and without a friend. Now he has creatures to help him; stronger creatures than himself, more faithful, more useful, and absolutely devoted to him. Mankind is no longer alone. Have you ever thought of it that way?”

“You may. To you, a robot is a robot. Gears and metal; electricity and positrons. Mind and iron! Human-made! If necessary, human-destroyed! But you haven’t worked with them, so you don’t know them. They’re a cleaner, better breed than we are.”

The benefits of getting older

[1]   “Growing old is great – when you consider the alternative,” as the saying goes.
Welcome to the age of ageing. With more than 800 million people over 60 and more centenarians
than the population of Iceland (that’s about 329,000), the world is having to brace itself for the economic –
and social – consequences. From a deluge of diseases to sagging skin and the dulling of the senses, old age
[5] is beset with creeping failures, medical interventions, and low expectations. But can there be a silver lining
for those joining the grey brigade?
Growing old has been synonymous with bodily decay since ancient times. The Greeks had a
particularly dire view – many saw ageing itself as a disease. Yet the latest scientific research suggests
ageing isn’t a straightforward decline after all. As BBC Future has reported before, life peaks later than you
[10] might think.
When does old age begin?
The poet Dante believed old age started at 45. A survey of the British public concluded that it starts
at 59 – the older the respondent, the greater the number of years they considered old. But the United Nations
and most scientists define it as any age after 60.
[15] Fewer colds
It’s not just the brain that gets wiser with age. The human immune system encounters millions of
potential dangers every day. As the body’s police force, it needs to learn to spot the dangers. For this, we
produce unique white blood cells which are tailored to the molecular appearances of millions of different
invaders. When they recognise a foe they stick around, forming an “immune memory”. The next time it
[20] turns up, they help to rally a rapid response.
The immune system remembers past enemies, making colds easier to beat when you get older
(Credit: Science Photo Library)
John Upham from the University of Queensland says this memory can last a long time. “People who
have gone through various epidemics, their immune systems can remember the virus for 40 or 50 years in
[25] some cases. It does begin to drop off in your 70s or 80s, but there’s a bit of a sweet spot for people –
particularly from your 40s through to your late 60s and early 70s – where the immune system remembers
the viruses experienced over the years.”
This cumulative protection translates into fewer colds. While 20-year olds can expect to catch two or
three in a year, over 50s average only one or two.
[30]    Other immune defences however, tend to weaken with age. The body produces fewer new white
blood cells, and they become sluggish. Aged immune systems also produce less antibodies – proteins which
stick to pathogens to help identify and eliminate them. But what if this could be life-saving? […]

Declining allergies
And there’s good news for those with allergies, too. While the ultimate causes of allergies are still
[35] hotly debated, all are mediated by antibodies. The main culprit is Immunoglobulin E and like all other
antibodies, its production diminishes with age.
Mitchell Grayson from the Children’s Hospital of Wisconsin says the older you get, the less severe
the symptoms are likely to be. “Allergic disease peaks in childhood and then seems to decrease throughout
late adolescence and into their 20s. In the 30s there is another resurgence until people get into their 50s
[40] and 60s when the symptoms tend to get less common.” [...]
(Disponível em: <http://www.bbc.com>. Acesso em: 3 nov. 2015.)